CBD – 10 Health Benefits you should know 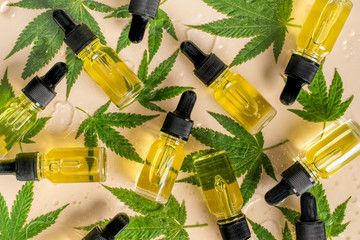 CBD is increasingly becoming well-known for its health benefits and therapeutic properties. For hundreds of years, cannabis—the source plant of CBD—has been used by healers across different cultures from all over the world. In the modern world, science is already starting to confirm this, and there’s plenty of research to back up all of the anecdotes you might have heard about CBD. In fact, CBD has been incorporated into UK-approved medicines like Sativex and Epidiolex. It shows great potential healthcare too because it’s more chemically familiar too to our bodies than typical drugs, meaning there’s less resistance. On top of these, CBD products are safe and not addictive, with minimal side effects.

Here are ten health benefits of CBD, ranging from relaxation to alleviating serious conditions like epilepsy and multiple sclerosis:

Pain relief is among the top reasons why people take CBD. In the UK, Sativex—a drug that consists of 50% CBD and 50% THC—has already been approved since a few years ago for helping with pain from rheumatoid arthritis and multiple sclerosis. Other countries have taken a similar approach—Canada, for example, acknowledges that CBD can ease cancer pain.

Notably, some studies have found that CBD may diminish the pain response across different situations, including sciatic inflammation. This is partly because CBD reacts with receptors in our nervous system to modify how we experience pain.

You’ll often hear about antioxidants in the wellness world. Antioxidants prevent our bodies from being damaged by free radicals, which are waste products from our cells that gradually accumulate to cause inflammation, aging, and disease. Surprisingly, CBD has antioxidant properties.

Based on several studies, CBD interacts with many organs all over the body and lessens inflammation, even helping with damaged neurons. This is a major health benefit because inflammation is at the root of many chronic conditions, including multiple sclerosis, arthritis, diabetes, and heart disease. Aside from boosting your overall health, CBD as an antioxidant can also slow down aging.

Another reason why a lot of people love CBD is that it can be effective against insomnia. Because we’re constantly busy and bombarded with stimuli, insomnia has become the most prevalent sleeping disorder. If you take CBD, you’ll feel relaxed afterwards or a little sleepy at most, and one study discovered that CBD combined with THC can relieve insomnia.

CBD is especially useful for those who can’t sleep because of anxiety.

Similar to how CBD counteracts anxiety, it helps insomniacs by getting them to produce more GABA, which relaxes them and makes them sleepier.

Epidyolex, an oral solution with a concentrated form of CBD, is already used by doctors in the UK as well as in the US and other European countries. It treats severe forms of childhood epilepsy like Dravet Syndrome and Lenox-Gastaut Syndrome, performing even better than regular medications. CBD’s effectiveness for epilepsy is among its most documented health benefits.

Studies have shown that CBD has neuroprotective properties, lessening seizures and even cushioning side effects of epilepsy like psychiatric diseases. There are also plenty of publicised cases that support this. Billy Caldwell, a teenager from Northern Ireland with epilepsy, stirred up a lot of media attention when he campaigned for cannabis oil as a treatment.

Another common reason why people use CBD is that it can make you feel more relaxed. Try out a CBD-based product, and you’ll understand what we mean because the effect kicks in quickly! Given how much stress we experience from day to day, we’re often tense and stressed.

The amazing thing about CBD is that it can reduce all sorts of anxiety, whether we’re talking about strong anxiety disorders like PTSD and social anxiety or more everyday manifestations like anxiety from public speaking. Scientists believe this is because CBD works similarly to anti-anxiety medications, reacting with the same receptors and even getting your body to produce more GABA, which calms you down.

Going beyond CBD’s calming effects, it can be beneficial for your mental health as a whole. In particular, researchers are already interested in a new kind of antidepressant that incorporates CBD. This is based on studies that found out CBD can function like an antidepressant in animal models.

Like some antidepressants, CBD interacts with the brain’s receptors and triggers more production of serotonin, which has been called the happiness hormone. Serotonin has a huge effect on mood, and increasing it is thought to make depression less likely. CBD might also especially well fordepression that’s caused by chronic stress. An advantage of CBD for improving mood is that you can feel the effects quickly right after taking it.

Speaking of CBD as an antioxidant, the natural consequence of this is that it can be good for your skin. For one, CBD has nutrients like Vitamin C and E, which are rejuvenating and nourishing. CBD has also been shown to help with certain skin conditions. It can make you less acne-prone because it prevents your skin from producing excessive oil, and it can even clear up eczema by killing abnormal cells.

CBD’s skin-soothing properties are rooted in its antioxidant properties, to the point that CBD can even somewhat reverse damage from environmental toxins and excessive sunlight. This is why you’ll notice a huge range of CBD products for skincare, and there’s a definite possibility that dermatologists will consider it in their treatment plans in the future.

Heart disease is a major health problem because so many people die from it every year. Both human and animal studies have pointed to CBD being beneficial for the heart. A 2017 study discovered that CBD could counteract stress by stabilising blood pressure. It can also bring down cholesterol levels and lessen blockages in the artery.

In another study, CBD eased heart damage in mice with heart disease. The theory is that this is related to how CBD fights against stress and anxiety. As an antioxidant, CBD prevents inflammation too, so heart disease is less likely to develop, and it might even work to relax individual arteries.

Sativex, a drug that consists of CBD and THC, has already been used to treat special cases of multiple sclerosis in the UK since a few years back. In one study, 75% of people with multiple sclerosis had their spasms lessened by taking CBD. Other complications such as bowel and bladder dysfunction and muscle stiffness were also eased by CBD.

In general, CBD seems to help with neurological disorders. It can protect brain cells from being damaged and create new nerve cells, to the point of preventing diseases like Alzheimer’s and neuropathy. There are also studies that support its effectiveness against schizophrenia and other mental health disorders.

What’s so difficult about quitting an addiction is that you’re bound to experience painful withdrawal symptoms. CBD can help people who are looking to quit because it diminishes these withdrawal symptoms, whether you’re dealing with smoking or drug addiction. One review observed that CBD decreases symptoms like insomnia and anxiety, while a more targeted study discovered that smokers who inhaled CBD were successfully able to smoke less.

This is possibly because CBD lessens the activation of neural pathways associated with withdrawal cravings. By harnessing CBD properly, we can provide another tool for people trying to overcome addiction and ease the recovery process for them.

Given the huge demand for CBD and increased acceptance for it in healthcare, people are already catching on to CBD’s health benefits. While we’re still far from exploring full CBD’s medical potential, its applications are being increasingly recognized, from drugs for multiple sclerosis to insomnia relief. Looking ahead, it’s likely to become more mainstream than ever in medicine and wellness, and the future of CBD in the UK—and elsewhere—is bright.